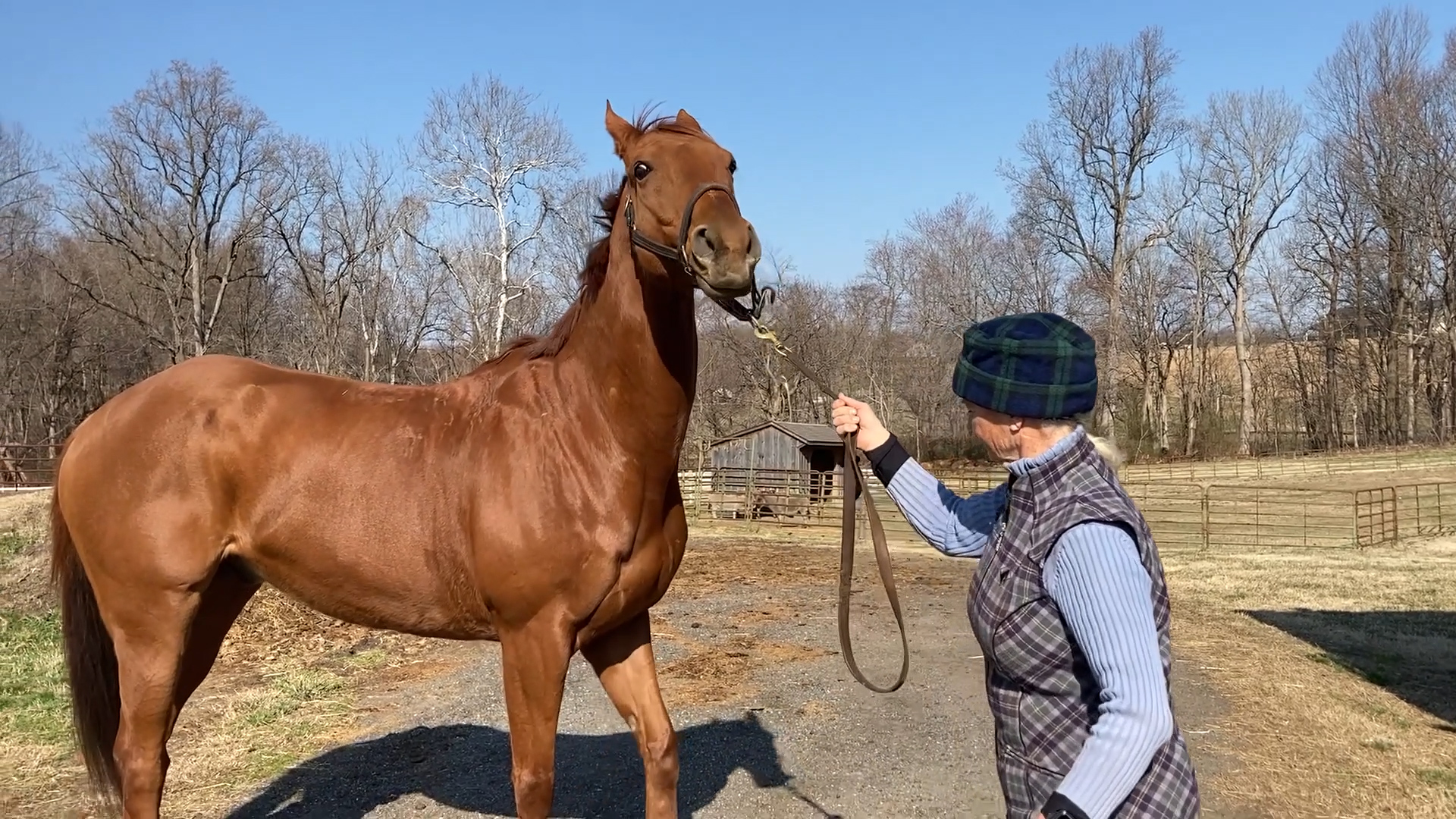 There is always a reason for a horse’s behavior, but finding it, that’s another matter.

We’ve all seen the horse that won’t load on the trailer.  People surrounding him, trying to make him go on.  Sometimes more come to help get him on.  They may give him some time to mull it over and go himself but more often out comes the broom, whip or other forms of “encouragement.”  Before you resort to these tactics with a sticky loader, I suggest you give him time and approach the situation from his point of view.  There is a reason he doesn’t want to go.  He’s not refusing because he wants to be difficult.  Horses are prey animals and with most resistances, there is some kind of fear attached, even if it is the fear of discomfort.  Our human judgment about the merit of the horse’s reason is irrelevant; what matters is that the horse has a reason he thinks is important.  Understanding this informs how I handle the problem.  The last thing I want to do is hit a horse who thinks he has a good reason not to load.  If this is the case and it usually is, I try to find a way to reason it out, giving the horse time and alleviating his fears if at all possible.

Magnificent Mr. Z has never liked loading on horse trailers, but he ships and stands on the trailer great.  I have invested a lot of time working with him to convince him to go on the horse trailer.  It took a lot of patience, but he is a calm, dependable loader now.  He still pauses and makes an unhappy face before walking up the ramp.  I don’t worry when he stops because I know he is going to load after a moment or two.  He also doesn’t like going into wash or grooming stalls.  He’s always reluctant to enter our wash stall, and although he always allows me to work on him there without resistance, it is clear he doesn’t like the place.  When it comes to wash stalls at other places, he flatly refuses to go in.  I have not invested the time to get him to go in remote wash stalls because it would be a serious time commitment and since he’s mine forever, I’m not too worried about it.  Instead, I wash him outside or even sponge him at the trailer and give him a proper bath when we get back to the farm.  If I planned to sell or rehome him, I would invest that time.

Z’s behavior isn’t dangerous and I know how to manage it.  Some habits, vices, or resistances are much worse.  The one thing I know for certain is that there is always a reason for them.  We may never know the reason, but when I work with horses who don’t want to do something, or are afraid or silly, I always keep in mind that they have their reasons.  Typically, they are trying to avoid what they perceive as an unsafe or uncomfortable situation.  They are not just trying to be difficult for the sake of being difficult.   I must approach their training with this in mind.  I have to set any frustration or impatience I may feel aside and be patient as I listen to what the horse has to say.  Only then can I try to give him the tools he needs to overcome his reluctance and do what I want.  This usually takes quite a bit of time and persistence on my part but most often it pays off.  There usually remains a kernel of that original concern the horse has even after he begins doing as I ask.

In Z’s case, I have an advantage.  I have known him since the day he was born and have been with him most every day of his life.   I know a lot more about him than most horses I work with.  I trained and rode his mother as a racehorse so I know at least some of his family personally.  I also know why he doesn’t like loading on horse trailers or going into “confined boxes” aka wash stalls.  The view a horse sees when he looks into a trailer or a wash stall is very similar, and it is the view Z saw for the first time early in his life before something happened that scared him.  It was quite possibly the first time he experienced fear in his short life.

The time had come to wean Z from his mom.  A dear friend experienced in breeding offered to help me.  I was grateful because this is a time in a baby’s life when he can be mentally scarred or even injured if it’s not done correctly.  I’m not an expert at weaning or handling foals.  My friend Jerry was an expert, so I took his instructions verbatim.  I would bring both Z and his mother Graycie to his farm.  Graycie would stay for a month, turned out with three other mares and their babies.  Then I would come get Graycie and leave Z with the three other babies.

On the day I took Z and Graycie to Jerry’s farm, I backed my trailer up to the barn entrance on the back side of the barn where the ramp was sure to lay more flat.  I didn’t want Z to have to walk up an incline.  We proceeded to load.  Z willingly followed his mother right up the ramp. But he stabbed his toe into the groove of the mat on the ramp and fell down.  It was so quick, I couldn’t do anything about it.  He was not injured and got back up quickly, but there you have it.  The reason Z doesn’t like going into confined boxes is they will reach up and trip you when you least expect it.  They’re dangerous and you’ve got to be very careful.

I’m lucky I have this information to understand why Z is the way he is but I don’t need it to do a good job with horses when they have concerns about what I am asking.  I just need to listen to them and realize when they are objecting, they have a reason.  It’s up to the human to figure out how to show the horse the way, even if we don’t know what the reason is.  Patience, persistence, and understanding go a very long way to giving horses what they need to operate in our world.